5 Major Ways the Enemy is attacking the Church 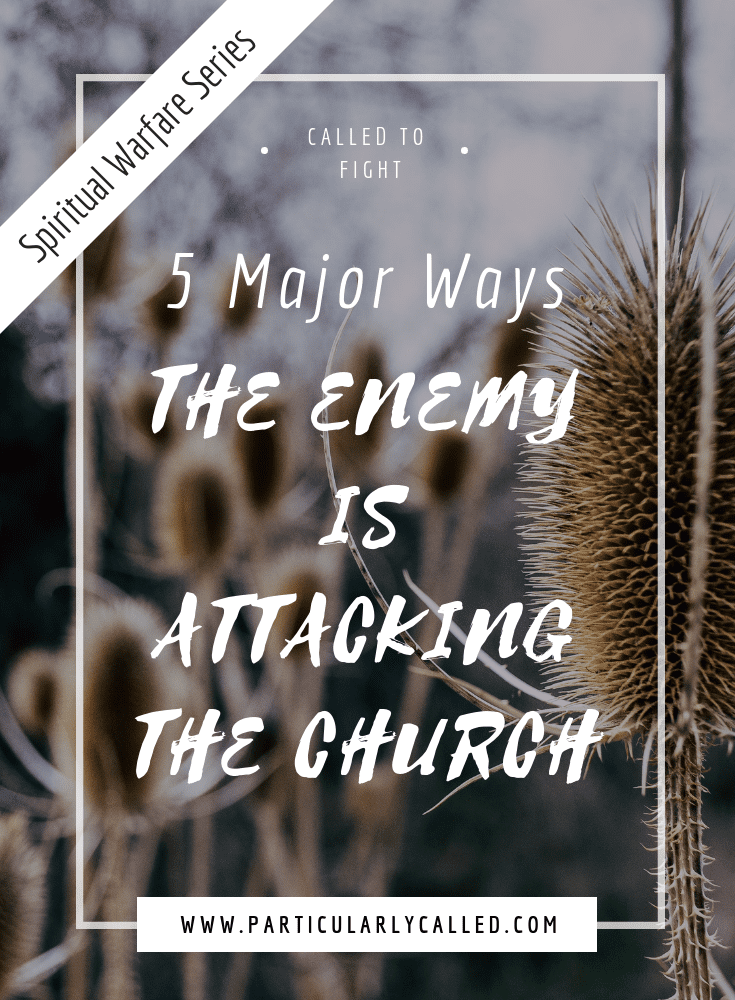 Jesus said,  “You are Peter, and upon this rock I will build my Church, and the gates of the hell shall not prevail against it.” – Matthew 16:18

But He didn’t say anything about a lack of Spiritual Warfare!

In fact, He suggests the exact opposite.

The key word is prevail.

The only time something can prevail upon another is when there is a battle of some kind. And, we are under seige!

That just means we must arm ourselves with the Armor of God. We need not be afraid as we enter into the fray but we cannot be in denial that the fray exists.

Everything that God loves will always be under siege by the one who hates Him most.

The Enemy’s cunning exists in lies and twisting of the truth. It is much easier to get us to fall for distorted truths that feel good rather than blatant lies.

Lies are not attractive to good people. Lies are not a powerful enemy. It is easy to resist lies – but, not so with half truths that we like to justify and modify to suit our own purposes.

5 Major Ways the Enemy is Attacking the Church

1 – Overemphasis and reliance on recent tradition, beauty, and symbols

Once the beauty of a building becomes more important than the reason the building was built, there is a problem.

Once symbols become more important than what they symbolize, there is a problem.

Once liturgical traditions and customs become more important than the reason they exist, then we have a problem.

For example, in Catholic Circles, Pre Vatican II Latin Masses are no more valid than the Novus Ordo rite. The only reason to attend the Pre-Vatican II rite service would be because the extra external signs of reverance and symbols genuinely encourage you to pray, to grow closer to God, or to enter more deeply into the mysteries of the Mass – NOT because that the Latin Service is somehow more valid, or in any way “better” than the Novus Ordo rite. Attending a service in Latin CERTAINLY doesn’t make you holier than anyone else who just goes to a “normal” Mass. Even further, judging people for not choosing to attend a Mass you deem “holier” doesn’t make you a better person, it only makes you Pharisaical.

2 – Superiority – “Holier than thou” Attitudes

Just because you are Christian, doesn’t make you better than anyone else. In fact, it might be just the opposite.

Once you declare yourself a Christian you commit to a particular way of life by virtue of your Baptismal promises. Even Non-Christians know this, which is why they judge us. So often we don’t even try to live up to our end of the bargain. We like to say “I’ve been saved and Jesus loves me – therefore, I can do no wrong”.  Yes, He died for you, but that was only to teach us by examples how to live… not to give us license to live our lives by any other standard.

So be perfect, just as your heavenly Father is perfect. – Matthew 5:48

You  might think I’m talking about rules here, but I’m totally not.

No, here I am talking about Christians (especially Catholics vs Evangelical/Protestant) thinking that they cannot associate with anyone who is not of their same religion. For example, Christians fearing Catholic, and Catholic fearing “non-Catholic” prayers, literature, or music, or information put out by the “opposite team” is essentially bad, or unworthy.

The Church was founded to bring Christ to the whole world, Jews and Gentile alike.

We have to come back to unity. We have to realize that we each have beauty to offer the other. If we could just get over our prejudices, we would truly be a formidable force against the enemy.

John said to him, “Teacher, we saw someone driving out demons in your name, and we tried to prevent him because he does not follow us.”Jesus replied, “Do not prevent him. There is no one who performs a mighty deed in my name who can at the same time speak ill of me.For whoever is not against us is for us. – Mark 9:38-40 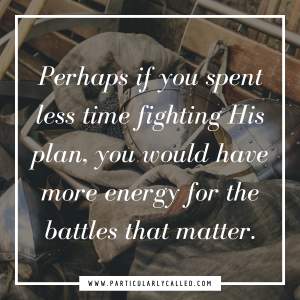 An argument arose among the disciples about which of them was the greatest. – Luke 9:46

This problem is relatively universal but I tend to see it more in Catholics than Non-Catholics.

Non-Catholics know that the focus of religion should be God.

As a result, they typically put Catholics to shame when it comes to knowing the Bible. They are growing in strength and number because they focus their religious education systems on learning the Bible and growing a personal relationship with Christ.

But they tend toward a “Fluffy”, “Feel-Good” faith, and a “laissez faire” approach to Theology.

Nothing could be farther from the Faith of the Biblical Martyrs!

Catholics, on the other hand, tend to fall into one of three extreme camps when it comes to education:

Unfortunately, most Catholics today aren’t involved enough in their faith to even know what they are missing.

5 – Too much emphasis on Religious Education over Relationship with God

Typically, “Good Catholic” Parents think they are fulfilling their “duty” by obligating their children to get through RE classes (ie. the “just get confirmed” mindset).

Traditional Catholic Religious Ed classes were taught by instructors who just made kids memorize catechism questions, and spout rules and discipline. Thankfully this is changing but most of today’s parents were raised in this fashion and are continuing to pass it down to their kids. But, it lacks heart, purpose, and the most critical element of all, a Personal Relationship with Christ.

Students who learned their faith this way don’t know it at all… they only think they do. Because the Faith isn’t a bunch of words, it is a Person.

This mindset is even worse than the completely uneducated one.

They thought Catholic was about being “Catholic” and they do all the rites and symbols down to the last letter of the law. They can spout off the entire Catechism and look down their noses at everyone who doesn’t walk around with rosaries in their hands at all times (Hello, Scribes and Pharisees)

Overly focused on Apologetics. This is not to say that Apologetics is bad, just not the be all and end all of Faith.

This is the camp that is always focused on the WHY. This used to be me. It is a major reason for many Catholic converts. It is not necessarily bad, but in its extreme, it can seem to reduce Religion to rules and explanations. Yes, those rules and explanations are all there because God created science and truth… but, Religion isn’t about the rules or all the reasons behind them, its about the Person behind it.

Christ never said “Religion is the way, the truth and the life”

It’s not about Religion, it’s about Relationship

Yes, it is true… but, people use this to explain why they don’t need Religion.

It is that Religion is supposed to be a GUIDE to the ultimate relationship with God.

As soon as religion drifts its focus from God to anything in the middle, it becomes distorted. But see, it’s not God that shifted the focus, nor was it the religion that shifted focus. Essentially, the fact that religious leaders make mistakes that affect us, doesn’t have anything to do with religion itself.

You choose your Faith

Don’t choose it because it promises to make you comfortable, or happy, or says everything is hunky dory.

God isn’t a God of everything is hunky dory.

I have come to set the earth on fire, and how I wish it were already blazing! – Luke 12:49

Come on, people, let’s remember what Religion is – to fall in love with God again!

A love that makes Martyrs, and Heroes, and SAINTS.

If you truly believe – Give your life. What else is there? 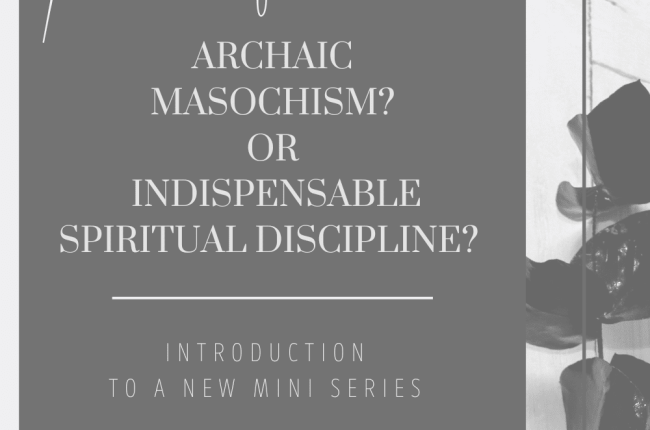 What is Mortification? – Archaic Masochism or Indispensable Spiritual Discipline 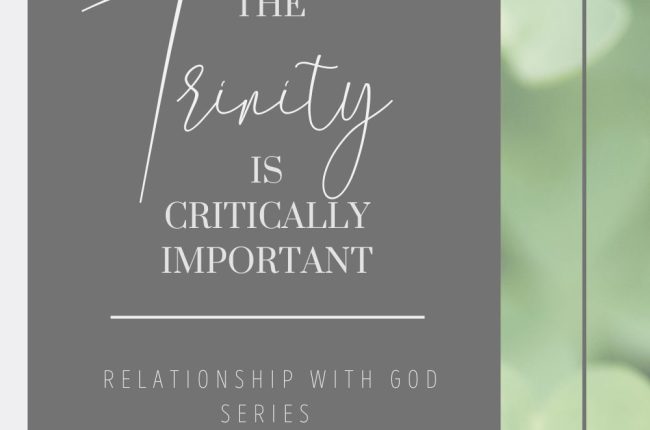 Who is God? – Why it is so Important to Understand the Trinity! 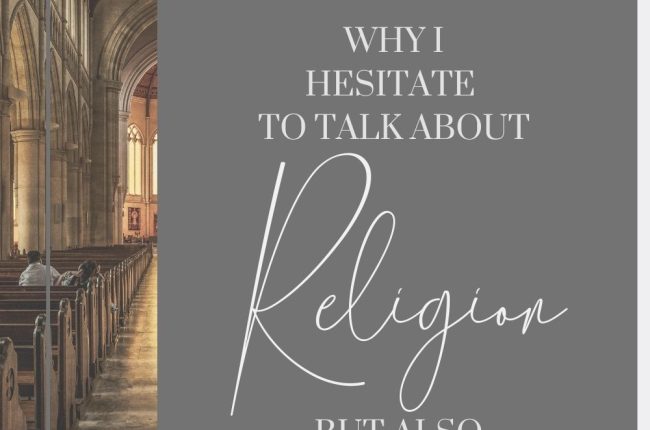 The Role of Religion in the Authentic Christian Life 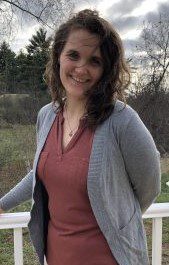 I am an overeducated wife and mother with an intense passion for Intimacy with God, Spiritual Growth, and Understanding Calling. A teacher, writer, retreat director, and spiritual disciplines coach by trade, my dearest hope is to help YOU unlock the secret of true and lasting spiritual transformation of the heart so as to approach the authentic Christian life from a place of desire rather than obligation. You can read more on my About Page...