Grace and Strength, Relationship with God

The Role of Religion in the Authentic Christian Life 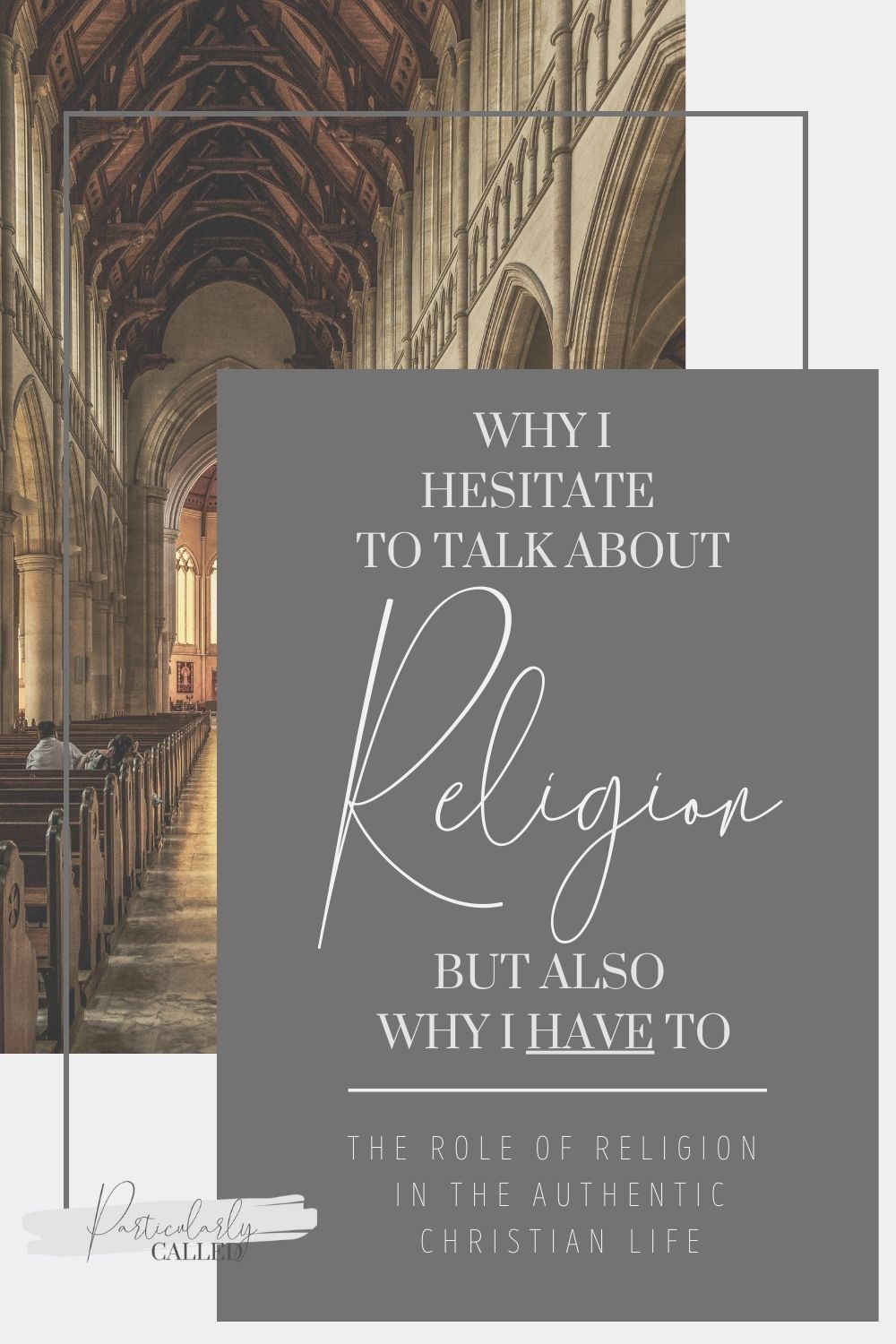 I almost titled this post, “What’s Religion got to do with it?”, but the other title was better for SEO 🙂 Nevertheless, the question still stands. More and more and more people are dropping by the hour into believing that it it doesn’t have much to do with anything – mostly just “personal preference” on how one acknowledges belief in a higher power… not much else.  That’s why which Religion you join “doesn’t really matter”.

There’s a Facebook post I saw recently – “Those who say religion has all the answers hasn’t tried one of these [picture of a host] with jam and brie”.  As a Catholic, I was mortally horrified by this, of course, but, as a person, I felt some compassion for their cynicism. They’ve been fed the line that ‘Religion has all the answers’, and that, especially Catholicism – as the “Church Jesus founded” and with an “infallible Pope” – should be blindly embraced with all soul, heart, mind, and strength –  and, often, longing as they are for truth, people do.

END_OF_DOCUMENT_TOKEN_TO_BE_REPLACED 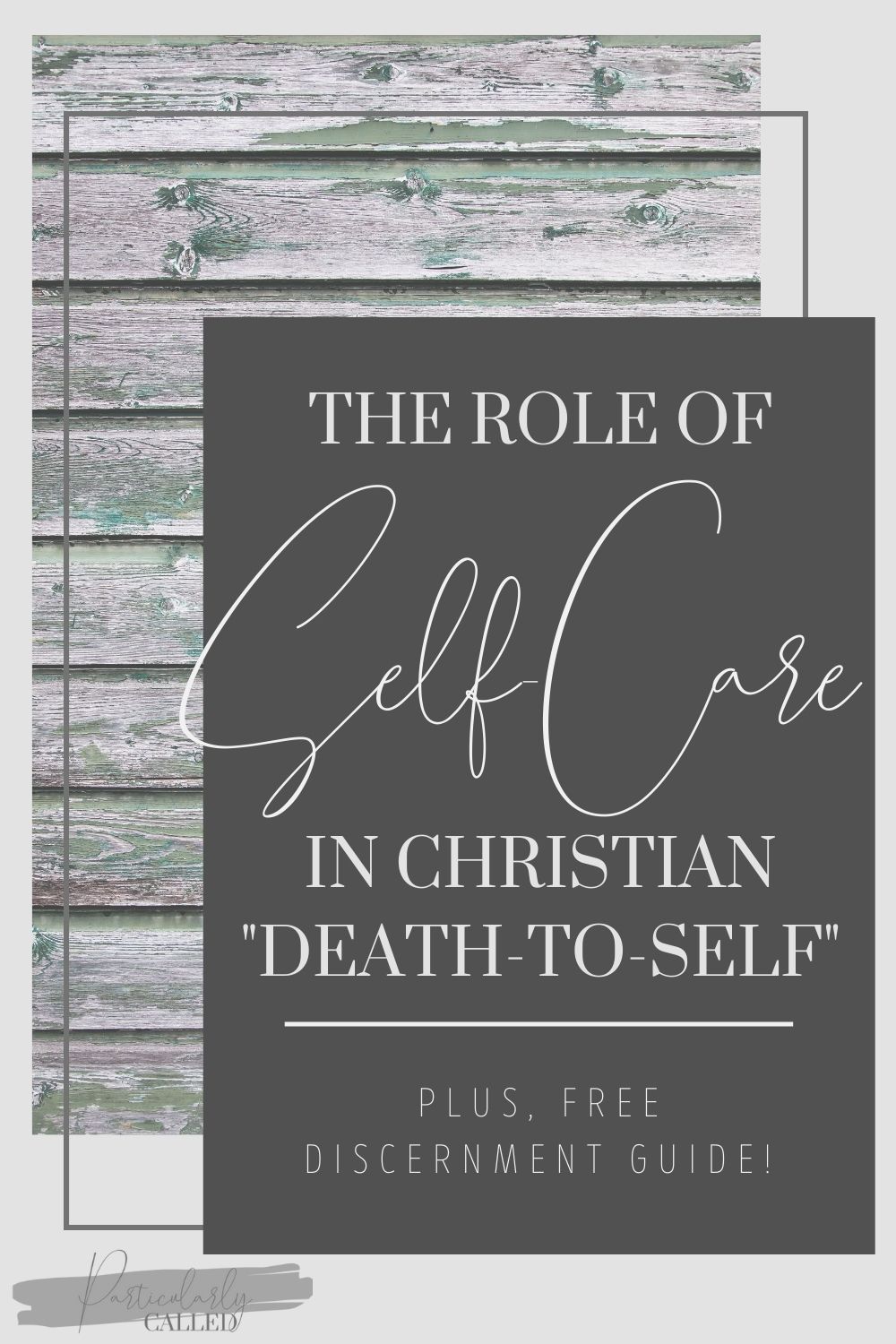 Endurance, Self Care, When life is Hard

Is Self-Care compatible with Christian “Death-to-Self”?

Is Self-Care compatible with Christian Death-to-Self?  This question is especially important in a culture where self-care is preached as the solution to every problem and depression is still at an all time high.  Are we just not doing enough “self-care”? Or could dying-to-self actually be the solution to life?

“Whoever wishes to come after me must deny himself, take up his cross, and follow me.  For whoever wishes to save his life will lose it, but whoever loses his life for my sake will find it.” – Matthew 16:24-25

END_OF_DOCUMENT_TOKEN_TO_BE_REPLACED 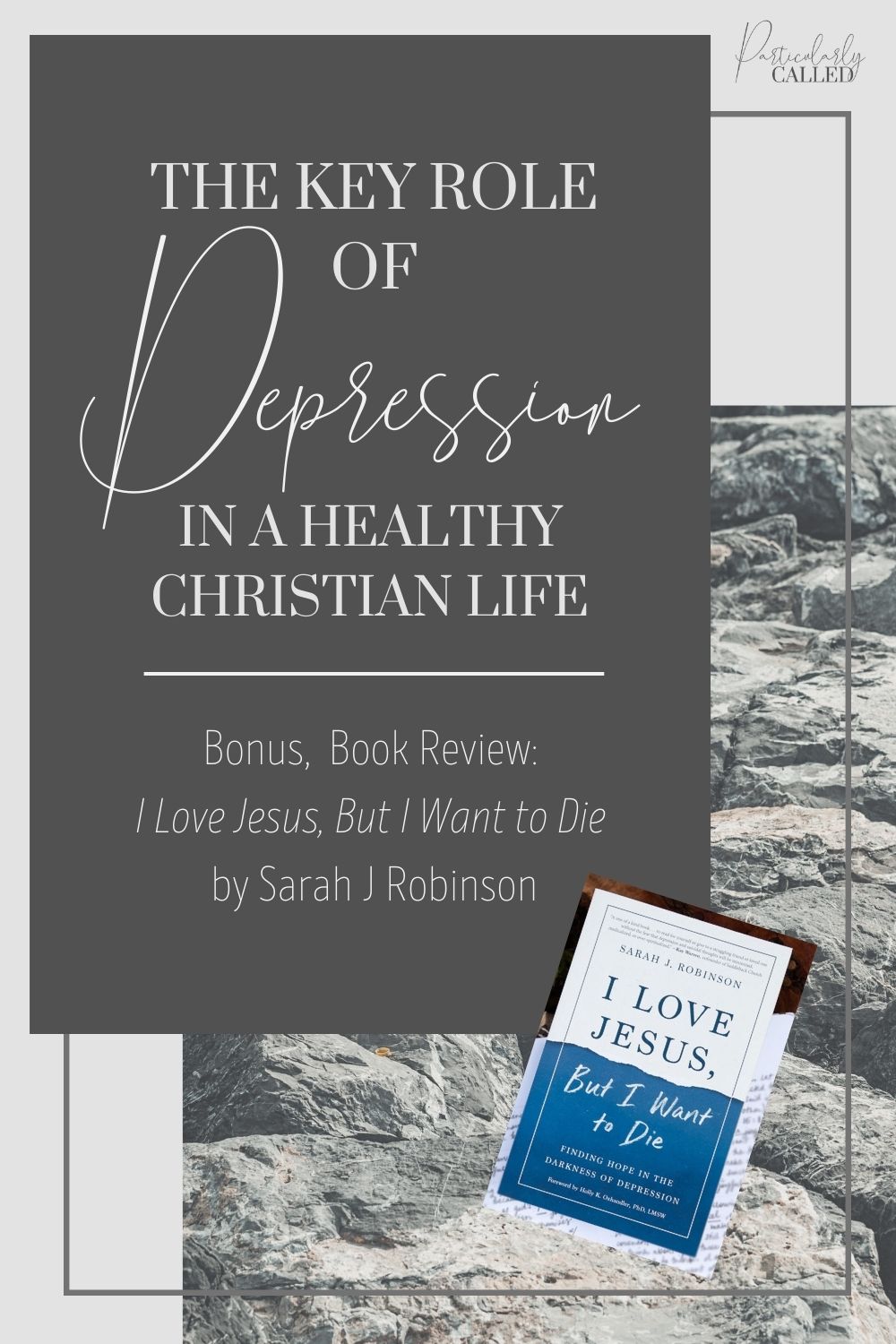 Self Care, When life is Hard

Does Depression play a Key Role in the Christian life?

I recently had the privilege of reading a beautiful new book by my dear friend Sarah Robinson called I love Jesus but I want to Die – Finding Hope in the Darkness of Depression. It was a powerful, beautiful book about the reality and pain of depression and suicidal thoughts/tendencies and how God can find you there.

I cried my way through it.

END_OF_DOCUMENT_TOKEN_TO_BE_REPLACED 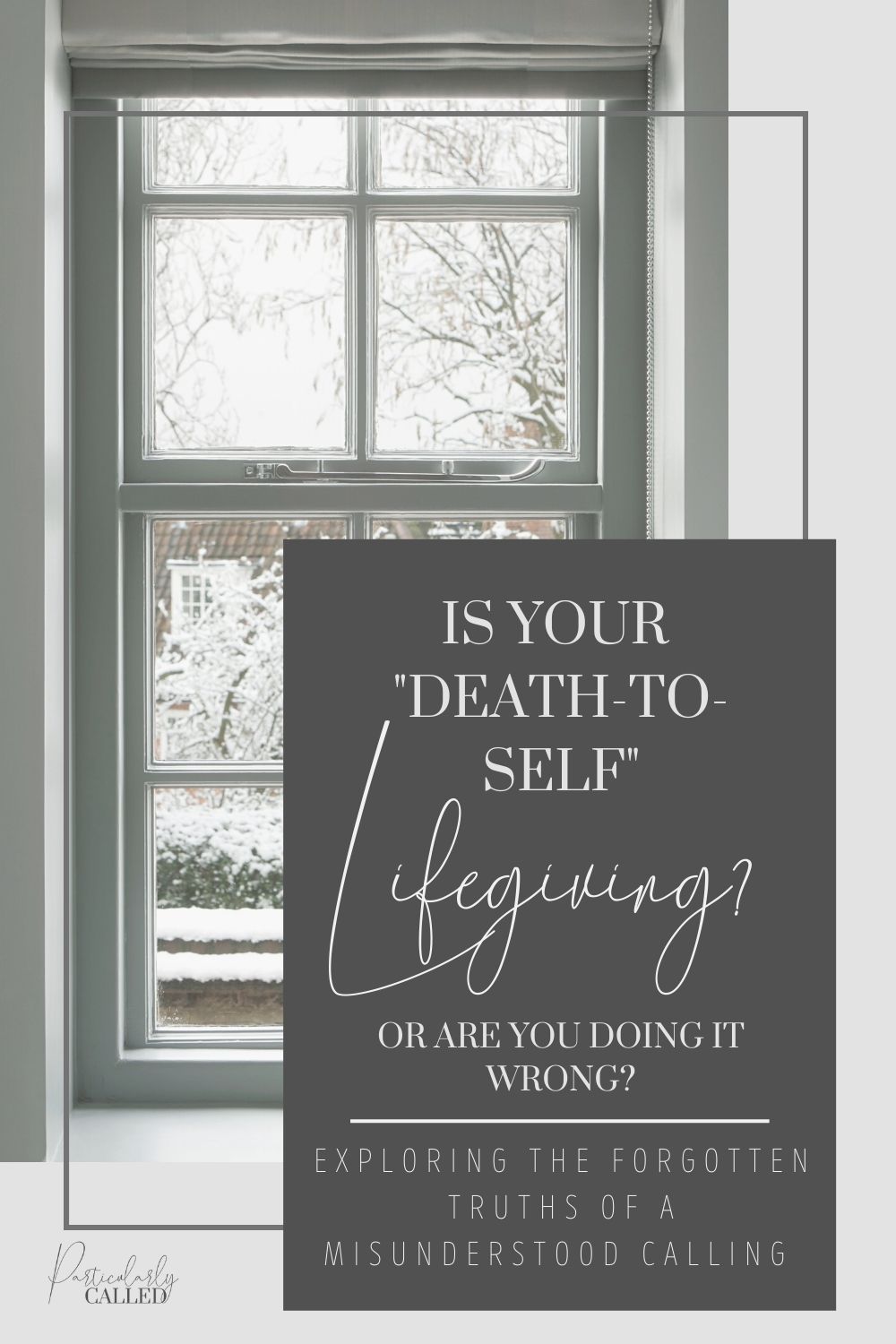 Personal Growth, Prioritizing your life, When life is Hard

How to live Lifegiving “Death to Self”: Are you Doing it Wrong?

Unappealing? Definitely (At first glance). Macabre? Maybe it can seem so from the outset. Outdated? Since when does the bible go out of date?

Don’t let fear of “death” stop you from finding this hidden secret you’ve been looking for in your quest for happiness.

Truly, truly I say to you, unless a grain of wheat falls into the earth and dies, it remains alone; but if it dies, it bears much fruit. – John 12:24

END_OF_DOCUMENT_TOKEN_TO_BE_REPLACED 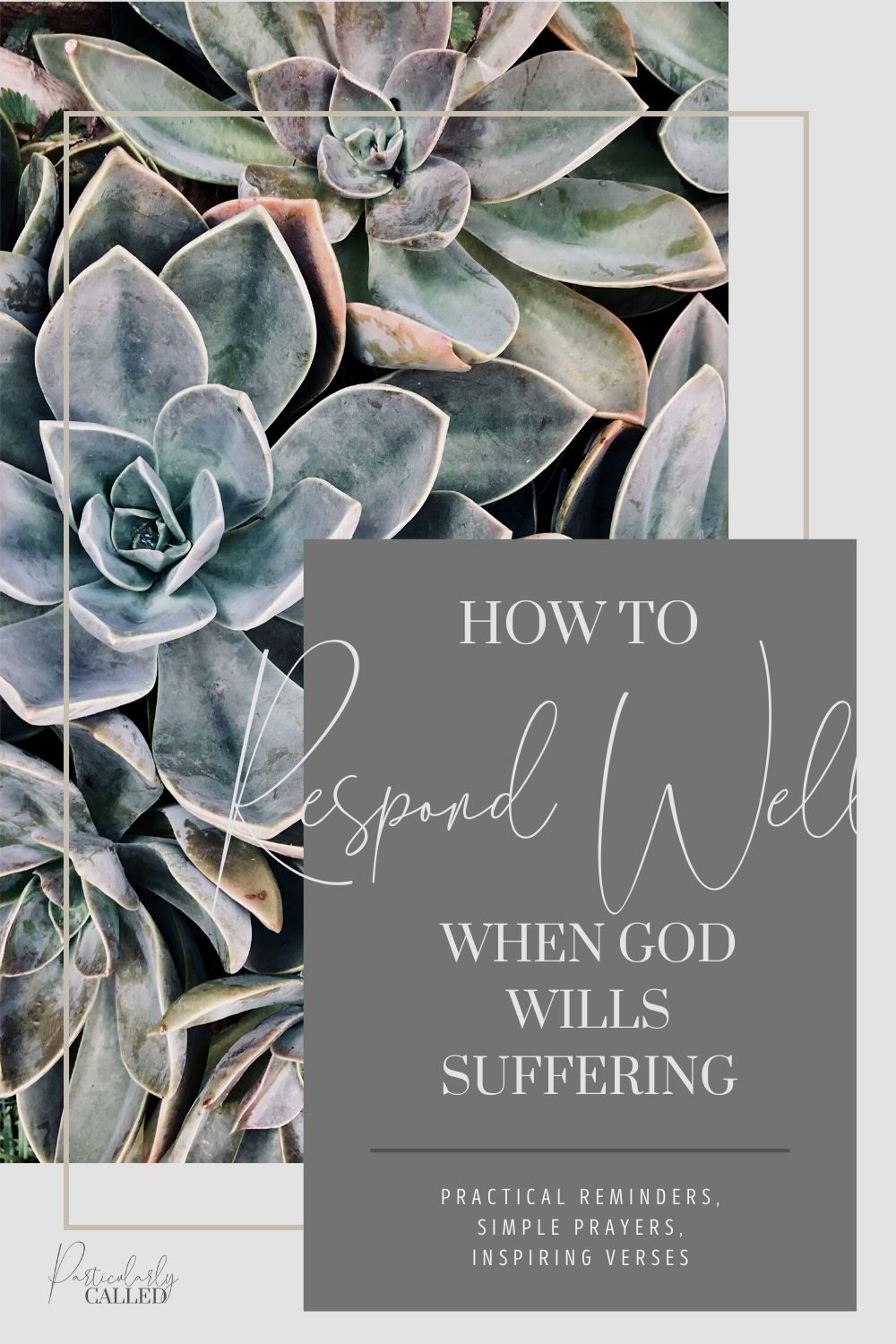 Spiritual Fitness, When life is Hard

How to Respond when God Wills Suffering

How can a good God possibly allow suffering?

We pronounce the question with a flourish, smiling smugly on the inside thinking that we’ve finally found ourselves an excuse to doubt Him, or at the very least, justify our bitterness or our desire to run away.

What I realized yesterday is that maybe all along, we’ve been asking the wrong question.

Should God really have to explain Himself to us? Should we only deign to listen to Him only when we understand His plan?

Maybe it isn’t always about understanding why… maybe its about learning how to respond.